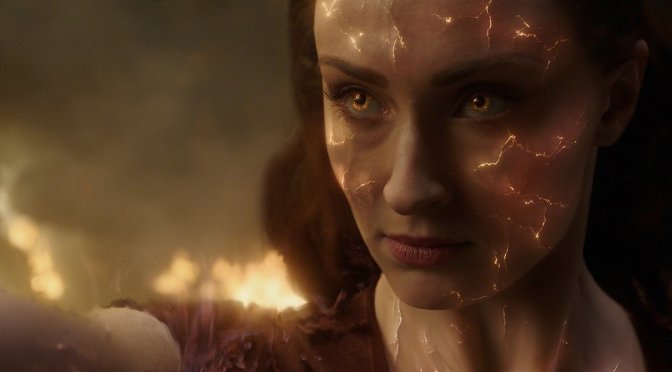 Pick out what you want to see in 10 seconds or less.

Cast: Sophie Turner, James McAvoy, Michael Fassbender, Jennifer Lawrence, Nicholas Hoult.
Jean Grey begins to develop incredible powers that corrupt and turn her into a Dark Phoenix. Now the X-Men will have to decide if the life of a team member is worth more than all the people living in the world.
Above photo: Sophie Turner, going through some things.

The Secret Life of Pets 2

Cast: Kevin Hart, Tiffany Haddish, Harrison Ford, Patton Oswalt.
Yet again, pets are being far too secretive. This continues the story of Max and his pet friends, following their secret lives after their owners leave them for work or school each day.

Cast: Danny Glover, Finn Wittrock, Thora Birch.
A young man searches for home in the changing city that seems to have left him behind.
Note: This is Thora Birch’s fourth film in two years, and she has two more on the way. This is gratifying to see. She’s had a time.

Tales of the City

Cast: Ellen Page, Laura Linney, Charlie Barnett.
A middle-aged Mary Ann returns to San Francisco and reunites with the eccentric friends she left behind. It’s actually a 10-episode series, but it’s on this list anyway because Ellen Page.

Cast: Lupita Nyong’o, Winston Duke, Shahadi Wright Joseph, Evan Alex, Elisabeth Moss, and Tim Heidecker. Directed by Jordan Peele.
A family’s serene beach vacation turns to chaos when their doppelgängers appear and begin to terrorize them.
5-second review: Yes, there are some plot holes, but you will think about this movie for decades after you see it. Decades.

Also:
The Mustang
Woman at War
Mapplethorpe
The Haunting of Sharon Tate
The Kid

Quote of the week

“Another belief of mine: that everyone else my age is an adult, whereas I am merely in disguise.”